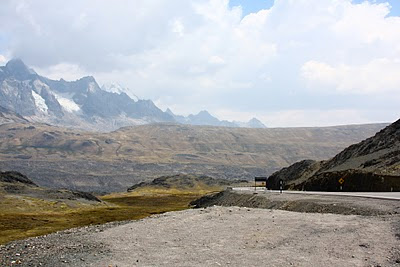 The chill wind whipped across the nearly barren landscape. Nothing moved or shuddered under it's influence. Most of the plants growing up here were pressed close against the ground.  I, being the sole object in its way, had to lean forward slightly to avoid being blown over backwards.
The mountains rose around me like a circle of sentinels, ever watching with a stern impassiveness. The valley fell below me like some deep chasm seeking to pull its known world down into its clutches.
The spectacular scene was lost on its observer however. Ignoring the stunning view, I raised my binoculars and scanned the boggy tundra in front of me. A flash of white caught my eye. White-fronted Ground-tyrant. It was a good bird, but rather drab by the standards I was searching for. I skipped over it moved on to the next bird in line. This one displayed a brown back and a pure white belly. White-bellied Cinclodes. An endemic and certainly a very desirable bird, but since I had spent time observing one at length about an hour earlier, I again skipped over it.  Not finding my quarry, I started walking on a heading that took me through the bog in front of me. Hoping to flush something, I hopped and skipped from dry grass to raised lumps of hundred year old moss.  Something dark moved in front of me. Excitedly, I raised my binoculars for a closer look. False alarm. It was one of the dirt common Bar-winged Cinclodes. Don't get me wrong, they're cool birds, but once you've seen a thousand of them, they lose some of their interest.  I picked my way around the outskirts of the bog trying not to dunk my foot in the frigid water.  Some of the small ponds were still covered with a thin layer of ice, still shaded this early in the morning from the harsh sun by a clump of grass or moss.  Sunlit areas were bright and shadows were dark in the harsh light making finding birds a bit of a challenge. There were too many places to hide out there.  I kept walking.

Stopping to scan again, I noticed a movement in the shadow of a clump of moss. I watched for a minute. Eventually, the bird popped out.  It took only a split second to figure out what it was; a long-legged Charadriiforme with a slate-grey back, black and white barred chest and belly, black face, long, weirdly bent bill, rusty-rufous nape, and a thin white diadem encircling it's head. 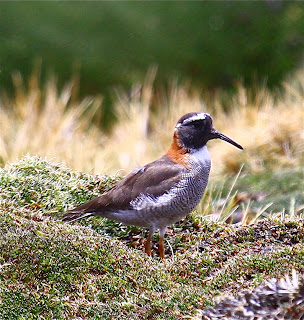 Love the descriptions and so jealous of those birds!! Can't wait to read the next part! 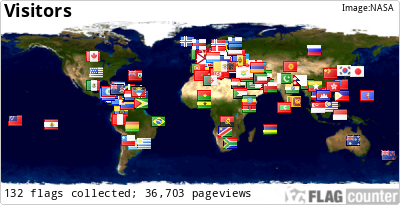 "The beauty and genius of a work of art may be reconceived, though its first material expression be destroyed; a vanished harmony may yet again inspire the composer; but when the last individual of a race of living things breathes no more, another heaven and another earth must pass before such a one can be again."

"The most exciting phrase to hear in science,
the one that heralds new discoveries, is not
'Eureka!' (I found it) but 'That's funny...'"
--Isaac Asimov
Travel is fatal to prejudice, bigotry, and narrow-mindedness, and many of our people need it sorely on these accounts. Broad, wholesome, charitable views of men and things cannot be acquired by vegetating in one little corner of the earth all one's lifetime.
-- Mark Twain, Innocents Abroad
"I once had a sparrow alight on my shoulder for a moment, while I was hoeing in a village garden, and I felt that I was more distinguished by that circumstance than I should have been by any epaulet I could have worn." --Henry David Thoreau
"God loved the birds and invented trees. Man loved the birds and invented cages."  --Jacques Deval
"Birds sing after a storm; why shouldn't people feel as free to delight in whatever sunlight remains to them?"  --Rose Kennedy
"No bird soars too high if he soars with his own wings"  --William Blake
"A wise old owl sat on an oak; The more he saw, the less he spoke; The less he spoke the more he heard; Why aren't we like that wise old bird?"  --E.H. Richards
"A bird doesn't sing because it has an answer, it sings because it has a song"  --Maya Angelou
"When thou seest an Eagle, thou seest a portion of genius; lift up thy head!" --William Blake
"He clasps the crag with crooked hands;
Close to the sun in lonely lands,
Ringed with the azure world, he stands.
The wrinkled sea beneath him crawls;
He watches from his mountain walls,
And like a thunderbolt he falls."
--A.L. Tennyson, "The Eagle"
"This monument, perched like a duckhawk on this cliff, will scan this wide valley, watching through the days and years. For many a March, it will watch the geese go by. For many an April, it will see the redbuds come and go, and for many a May the flush of Oak-blooms on a thousand hills. Questing wood Ducks will search these basswoods for hollow limbs; golden Prothonotaries will shake golden pollen from river willows. Egrets will pose on these sloughs in August; Plovers will whistle from september skies. Hickory nuts will plop into October leaves and hail will rattle November woods. But no pigeons will pass for there are no pigeons, save only this flightless one graven in bronze on this rock.
Tourists will read this inscription but their thoughts will not take wing."
--Aldo Leopold ("on the monument to the pigeon". A Sand county almanac) 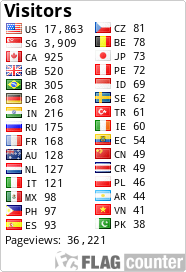